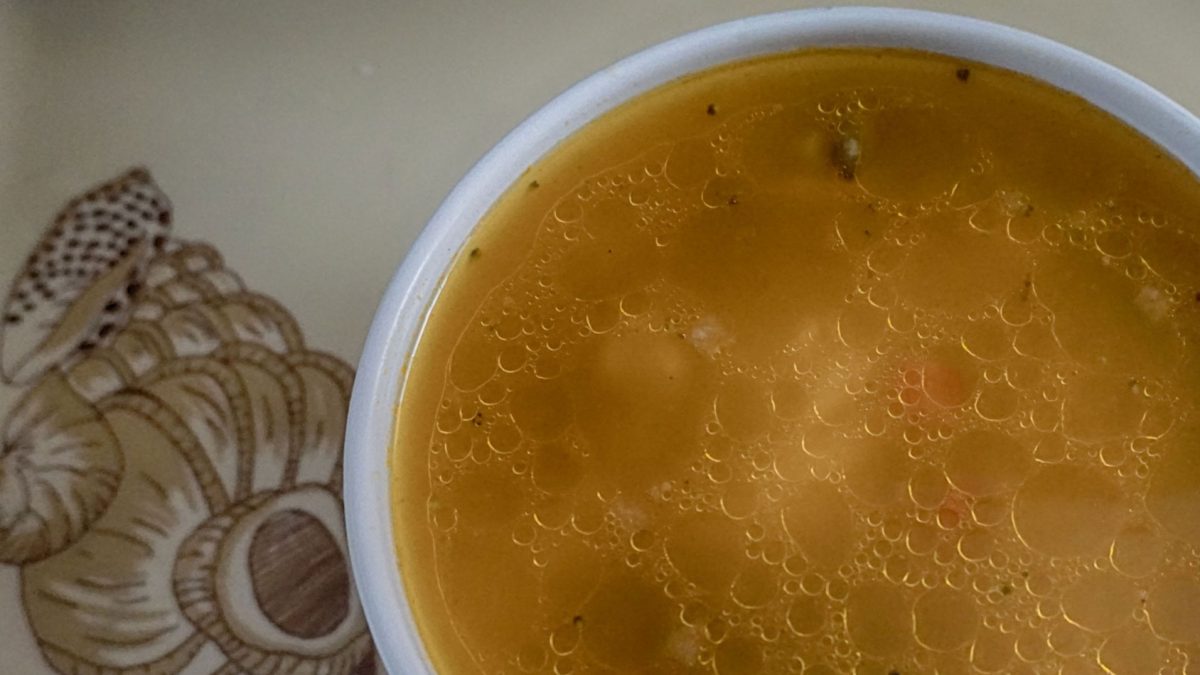 What’s better than a hot bowl of homemade soup during a cold winter day? Almost every culture throughout history has used bone broth for its nutritional significance, versatility and overall deliciousness. Chinese medicine practitioners use bone broth to strengthen the kidney, support digestive systems and build blood. The term“Jewish penicillin” is used for chicken soup, known to inhibit cell inflammation and mitigate cold symptoms. And the English sip beef tea, or beef broth, used since the Victorian era.

While modernity touts store-bought stock as more convenient and easy to use, it rarely carries the health benefits of homemade broth, which has been touted by alternative healers such as acupuncturist Chris Kresser; food activist Jenny McGruther; and author and co-founder of the Weston A. Price Foundation Sally Fallon.

Simply put, bone broth is homemade stock made from animal bones such as fish heads or oxtails. You can use whole turkey or fish carcasses or parts of lamb, pig, venison – or any other animal of your choosing. The point is to simmer the bones (typically from one animal) in water for hours or days. The longer you cook it, the more nutritious it gets and the better the product breaks down and pulls out all the nutrients. Here are my Bone Broth recipes (PDF).

Bone broth is known as a super food. The cooking process breaks down bones and connective tissues – including proteins, minerals and fat – that heal the body in various ways. And because bone broth comes from pure nature, it’s sometimes more beneficial than taking supplements, especially for people with severe digestive problems.

When you ingest bone broth, it feeds the body with collagen, which is the building block of cells to bones, ligaments, cartilage and the brain.  Gelatin, a form of collagen used in food, is used (among other benefits) to help digestion because the liquid gets absorbed into the body quickly and without much effort. Making bone broth excellent for people with food sensitivities and gastrointestinal disorders because it is usually very safe and tolerable for the body.

There are other virtues of bone broth. Bone marrow helps the immune system by carrying oxygen to cells in the body.  Minerals such as calcium and phosphorus are essential for maintaining healthy bones and generating energy. And using cartilage-rich bones such as knuckles and chicken feet is said to be effective in treating arthritis and other degenerative joint diseases.

For example, people with Celiac disease who suffer from a variety of digestive problems due to an intolerance to gluten, often find bone broth is a way to superfeed the system without causing digestive discomfort. I have even started prescribing it to my patients who cannot digest supplements comfortably.  In this example, the immune system has become so hyper-vigilant in attacking gluten stressors, that it may also attack beneficial foods such as celery, navy beans and chicken. The body uses the collagen and other connective tissues in the broth to rebuild the damaged tissues like the intestinal lining. In this way, the bone broth heals the gut without irritating the body.

When making your own tasty broth, bones, are readily available from your neighborhood butcher for very affordable prices. Be sure to use the bones and other materials from grass-fed beef, wild-caught fish, or pasture-raised chicken. This will ensure the fat in the broth is less inflammatory and of higher nutritional value.