Natural And Lasting Treatment For Migraines 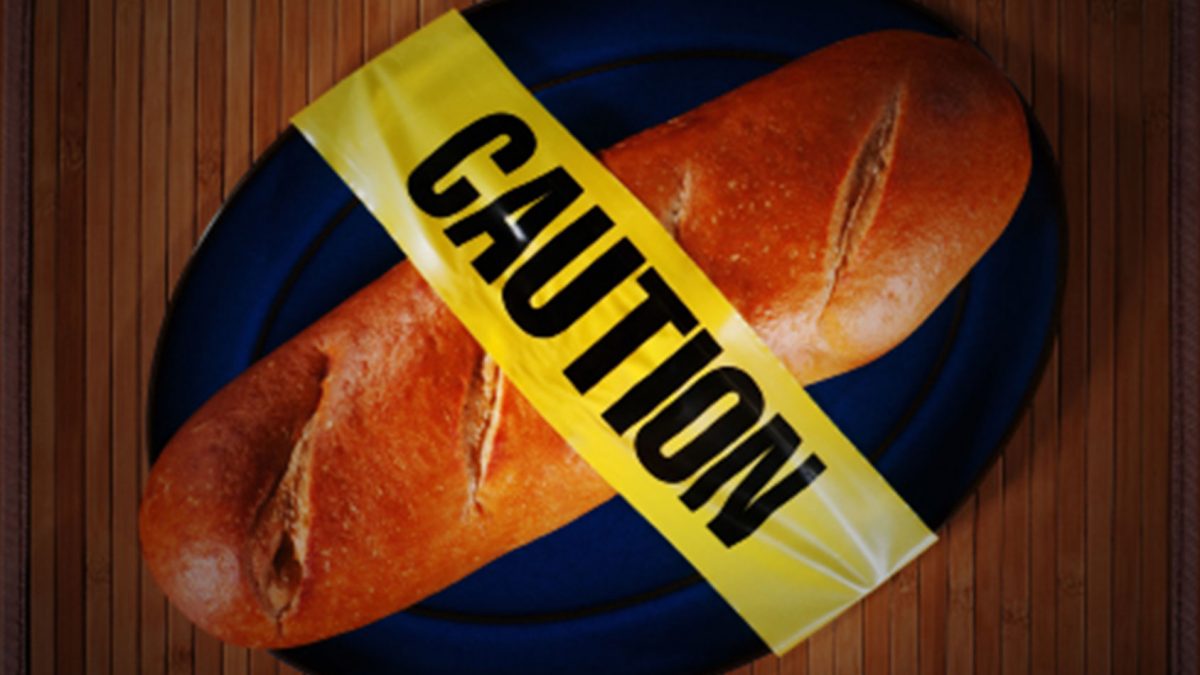 Here’s a great article from the Wall Street Journal Health blog on the growing awareness of gluten sensitively.   It’s refreshing to see this is finally becoming recognized by the mainstream medical model.

Much of this article is quite accurate.  However, there is one important inaccuracy.

“Some experts think as many as 1 in 20 Americans may have some form of it, but there is no test or defined set of symptoms.”

This statement is somewhat incorrect.  It is true that there is no defined set of symptoms for gluten sensitivity and the standard lab test utilized by most doctors are unable to check for gluten sensitivity. However, it is important to note that gluten sensitivity is usually a reaction to gluten in conjunction with compromised gut health. Hence and lab testing needs to address both components and there is a laboratory that I utilize that offers a complete and truly comprehensive panel assessing ANY form of reaction to all known forms of wheat and gluten – in conjunction with assessing your overall gut health. To my knowledge this lab is currently the only lab in the US to offer this type of test. To learn more about this lab, visit Cyrex Laboratories. If you are curious to learn more about the actual study this article sites, it can be found here.

Some people claim that eating gluten products can cause health problems like body aches and chronic fatigue — and even some behavioral problems in children. WSJ’s Melinda Beck talks with Kelsey Hubbard about a new study that sheds light on what may be going on.

All three tested negative for celiac disease, a severe intolerance to gluten, a protein found in wheat and other grains. But after their doctors ruled out other causes, all three adults did their own research and cut gluten—and saw the symptoms subside.

A new study in the journal BMC Medicine may shed some light on why. It shows gluten can set off a distinct reaction in the intestines and the immune system, even in people who don’t have celiac disease.

“For the first time, we have scientific evidence that indeed, gluten sensitivity not only exists, but is very different from celiac disease,” says lead author Alessio Fasano, medical director of the University of Maryland’s Center for Celiac Research.

The news will be welcome to people who have suspected a broad range of ailments may be linked to their gluten intake, but have failed to find doctors who agree.

“Patients have been told if it wasn’t celiac disease, it wasn’t anything. It was all in their heads,” says Cynthia Kupper, executive director of the nonprofit Gluten Intolerance Group of North America.

The growing market for gluten-free foods, with sales estimated at $2.6 billion last year, has made it even harder to distinguish a medical insight from a fad. Although much remains unknown, it is clear that gluten—a staple of human diets for 10,000 years—triggers an immune response like an enemy invader in some modern humans.

The most basic negative response is an allergic reaction to wheat that quickly brings on hives, congestion, nausea or potentially fatal anaphylaxis. Less than 1% of children have the allergy and most outgrow it by age five. A small number of adults have similar symptoms if they exercise shortly after eating wheat.

At the other extreme is celiac disease, which causes the immune system to mistakenly attack the body’s own tissue. Antibodies triggered by gluten flatten the villi, the tiny fingers in the intestines needed to soak up nutrients from food. The initial symptoms are cramping, bloating and diarrhea, similar to irritable bowel syndrome, or IBS, but celiac disease can lead to malnutrition, osteoporosis and other more serious health problems that can result in early death. It can be diagnosed with a blood test, but an intestinal biopsy is needed to be sure.

The incidence of celiac disease is rising sharply—and not just due to greater awareness. Tests comparing old blood samples to recent ones show the rate has increased four-fold in the last 50 years, to at least 1 in 133 Americans. It’s also being diagnosed in people as old as 70 who have eaten gluten safely all their lives.

“People aren’t born with this. Something triggers it and with this dramatic rise in all ages, it must be something pervasive in the environment,” says Joseph A. Murray, a gastroenterologist at the Mayo Clinic in Rochester, Minn. One possible culprit: agricultural changes to wheat that have boosted its protein content.

Gluten sensitivity, also known as gluten intolerance, is much more vague. Some experts think as many as 1 in 20 Americans may have some form of it, but there is no test or defined set of symptoms. The most common are IBS-like stomach problems, headaches, fatigue, numbness and depression, but more than 100 symptoms have been loosely linked to gluten intake, which is why it has been so difficult to study. Peter Green, director of the Celiac Disease Center says that research into gluten sensitivity today is roughly where celiac disease was 30 years ago.

Their immune reactions were different, too. In the gluten-sensitive group, the response came from innate immunity, a primitive system with which the body sets up barriers to repel invaders. The subjects with celiac disease rallied adaptive immunity, a more sophisticated system that develops specific cells to fight foreign bodies.

The findings still need to be replicated. How a reaction to gluten could cause such a wide range of symptoms also remains unproven. Dr. Fasano and other experts speculate that once immune cells are mistakenly primed to attack gluten, they can migrate and spread inflammation, even to the brain.

Indeed, Marios Hadjivassiliou, a neurologist in Sheffield, England, says he found deposits of antibodies to gluten in autopsies and brain scans of some patients with ataxia, a condition of impaired balance.

Could such findings help explain why some parents of autistic children say their symptoms have improved—sometimes dramatically—when gluten was eliminated from their diets? To date, no scientific studies have emerged to back up such reports.
Dr. Fasano hopes to eventually discover a biomarker specifically for gluten sensitivity. In the meantime, he and other experts recommend that anyone who thinks they have it be tested for celiac disease first.

For now, a gluten-free diet is the only treatment recommended for gluten sensitivity, though some may be able to tolerate small amounts, says Ms. Kupper.

“There’s a lot more that needs to be done for people with gluten sensitivity,” she says. “But at least we now recognize that it’s real and that these people aren’t crazy.”